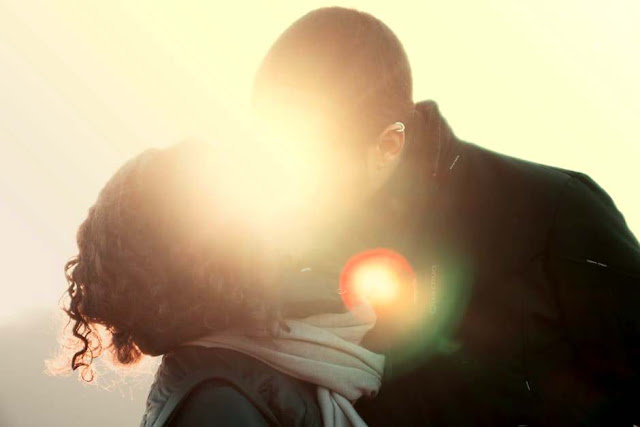 Love seems divine,
Majestic,
Fascinating,
Intimidating.
But love, of what I have learnt,
is also as much, in the boring.
Making its appearance at random moments of the daily grind,
disappearing in the blink of an eye.
Love is not just in the pompous vacations,
but also when he comes back from office late at night but still takes you out for a drive
to see the shimmering city lights
from a hilltop, that he knows you like so much.
Love is taking turns, on foggy, bone-chilling winter mornings to make tea,
Because he knows, kitchen is not a gendered domain
and he really cares enough to let you sleep a little longer.
Love is in that 7.00 am tea everyday and homemade cookies.
Love is knowing he likes green nachos and you blue chips.
or that he likes extra mustard in his dips.
Love is when she, who never set foot on the dancing floor
Can now sway all night because he has made rhythms so easy
so comfortable, so enjoyable.
Love is when he sings you Bollywood songs and you sing him Oldies
Though none ever explored that territory
before you met each other.
Love is him knowing how much you hate filling water bottles
and buying an automatic water filter.
Love in the daily honesty,
Letting each other know when they’re being cute or just a pain in the rear.
Love is when he makes your favourite cocktail at 6 in the evening as a homecoming surprise
Because he knows you’ve had a tough day at work.
Love is not just creation of a new life together,
But sharing the not so happy necessities of changing diapers
Or pacifying a crying newborn in the middle of the night.
Love is not just providing, or nurturing
Love is also, empowering each other.
Love is staying together
when you have nothing
or lose everything.
Love is not just the grandiose declarations of your feelings on social media for others to know,
Love is sleeping in peace every night when you, in your deepest heart, yourself know
That you are loved.
And it will stay that way,
opinion of the world notwithstanding.
Love is not that which takes you to highest of the highs,
Love is that, which lasts long. For a lifetime.
Love is beautiful,
Blissful,
Exhilarating,
Amazing.
But most of the love, is in the daily,
Messy,
Sweaty,
Boring.

The pun not intended. I meant the title literally.

Our bedroom is exclusive to us. Of course, you can see it if you wanted to, but we don’t entertain guests here. We do not bring friends over in this room to sit and have a chat, ever. When we have a party at home, we just bolt the room, especially because the kids love to sneak in and jump on our fluffy mattress. They ALWAYS find a way to!
The thing is, our bedroom is sacred to us. There is nothing secret here, no hidden jewels. It is just a normal room with our bed, cupboards and dressers. Not too much decor either. But it is our cave, the only place for us to just be. This is the place we are man and wife, where we talk, discuss, dream and build the basics of our life together. And we value that a lot. May be we are lucky we get to live in such a big house. May be we may not be able to remain the same when we have kids or if we had to live in a temporary shelter (possibility given the nature of Soldier’s line of work). But for now, as long as we are able to, we just want it to be for us, just us two.
What are your views on the same? Is your bedroom open for all? Would love to know your thoughts. 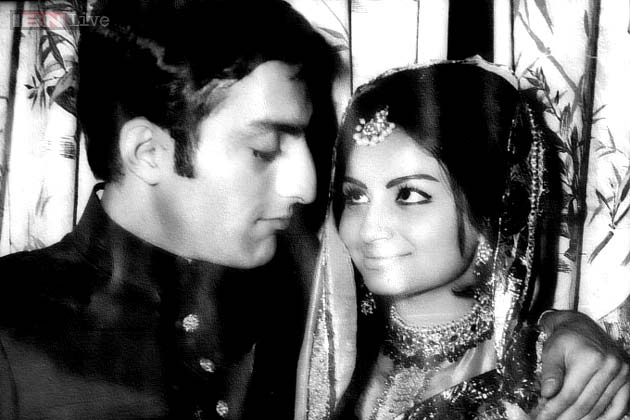 It’s our Anniversary week!! And to celebrate it, the Soldier and I decided to do some couple posts (or rather, I decided and dragged him to participate :P). Here’s our first post, about our first impressions about various things getting and being married entails. Hope you enjoy reading it!!

Our first meeting
Mrs: Even though we knew each other through my sister, we met for the first time at home – with everyone. And it was super awkward. I didn’t speak the whole time he was around. Oh, and it was Christmas! When he reached my home, I was listening to a funny Govinda song to calm my nerves. It did help!
Mr: It was a typical Christmas Day- 25 Dec 2015. I was just hoping that it wouldn’t be another trip to singing ‘Last Christmas’!! But I was clueless that I was soon to be bedazzled by this lady, who would hold me captive of her charms for eternity.
Each other
Mrs: Oh, he was all goody goody well behaved bachcha types. If only I had known what a devil
he is!
Mr: Honestly, before she entered the room, I could hear her footsteps 😛 She was treading comfortably like an early warning system on two feet (I guess I’ll have to continue cooking for next two weeks when she reads about this one :P) However, once I saw her my reaction was like- ‘Oh k! So she’s going to be the lucky one!’ Little did I guess that it would be the other way around within one year.
Mrs: Yes, you’ll be cooking for the next two weeks. And what do you mean ‘continue’??”
Families:
Mr: Before we met, I had known her elder sister for around 10 years!! (Can you believe it!!) And till date I wonder what wrong did I do to her that she treated me this way 😛 Jokes apart, I’m glad that I’d known her sister for so long, enabling our matrimony. The family in general was totally chilled out. In fact I had already spent a day with her dad in Guwahati. And I’m sure that the Almighty won’t bring anyone into such a situation, wherein you’re aware that you are being constantly judged and your every step is being evaluated, for better part of the day!! Gosh!! Sunday and no beer??!! Are you kidding??!! Sacrifices even before getting married 😛 Mataji seemed to be typical mom. Caring and loving types. But I’m yet to get pampered by amazing cooking of my sasuma.
Mrs: I met his mom and aunt first and they were supercool. My mother-in-law is more chilled out than my own mother. It’s a fun equation.
First Date:
Mrs: We went out alone to ‘get to know each other better’. And the first topic of discussion was different types of alcohol and why they are good for health! On an ordinary day, I would’ve run away from a man like that, but that day I stayed, and listened. I didn’t talk that day as well. I think that was also the last day he got to talk that much. I haven’t stopped talking since 😛
We were supposed to be out for a couple of hours, instead we were out together for a good 11 hours!
Mr: On our first official date (30 Dec 2015) she wore a sweater- a green & black striped one and denims. I took her to my favorite place in the city- the sit out at JW Marriott.
Mrs: I think we went on many ‘pseudo-dates’ before that no? What? ‘Getting to know each other’ is not counted as a date??
First Song
Mrs: The first song he sang for me was ‘Hero’ by Enrique Iglesias. (If you don’t count the song ‘Just the Way you are’ by Bruno Mars that he sent to my sister’s whatsapp ‘by mistake’ :P)
I also got to know later that he has played that song for every girl he’s wanted to impress (Hmmph!)
Mr: She recreated the magic of Vicki Peterson by singing ‘Eternal Flame’.
Mrs: It’s so difficult being married to a music aficionado. Everywhere I go. I’m asked to sing, just because my husband sings well! And to say that I’ve never ever sung before in my life – except may be school prayer and the National Anthem!
Wedding:
Mrs: We both were very clear that we wanted to get married at a temple, and we wanted to have a daytime wedding. In fact, we wanted to elope with our families and get married just because it’s so much more fun than traditional wedding ceremonies! It was a mammoth task to convince my family for the same as Rajputs have night weddings and small ceremony is looked down upon. But we did finally manage to find a middle ground. We did have a morning weddinge, in a beautiful Radha Krishna temple we both had discovered on one of our evenings out. And though not perfect, it was memorable.

Oh, and did I tell you he arrived on a Bullet and not a stupid ghodi? That was SO cool!


“Having been married for 5 years now, I would say that the thing I love most about my husband is that he lets me be. We have very different tastes in most things and I have never had to compromise on  anything. Specially on who I am as a person. I get the “you haven’t changed at all” dialogue a lot. At first, I didn’t think much of it, but later I saw many people’s personalities change after marriage and that makes me thankful.” – Shruti

So much love around 😀 Isn’t that beautiful?
What do you love the most about your partner ladies? Would love to know!
xoxo

Conversations with my 3 yr old :Me: If you hit m

Just a wild bunch of lillies in my mother's garden

Life Update : We are moving from Jaipur!The husb